0
was successfully added to your cart.

Rob “The Gronk” got Robbed

By Eric HannanFebruary 6, 2018Uncategorized
Although we may all be thinking that the Vikings got robbed of their chance to play in their own stadium for the super bowl, there was a real robbery during the super bowl in the beautiful city of MPLS. 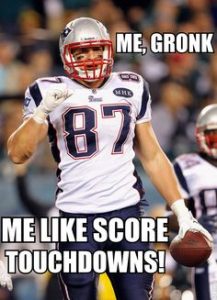 Rob “The Gronk” suffered a crushing defeat only to get beat down again when he returned home to find that he had a home invasion take place at his home near the Patriots field. We’ve analyzed the initial Police Reports and have come up with a few ways Gronk could have avoided this home invasion.

Be a Good Neighbor

One of his neighbors reported seeing unusual activity with his gate being ajar. He said he even joked with his son that he could call the cops, turns out he was right. We know that having a good neighborhood watch program is one of the best deterrents of home invasions. Although he’s a celebrity, he should have reached out and gotten to know his neighbors. Asking one to check on his home could have potentially caught the burglars.

We don’t want to jump the gun on assumption but there has been no talk of any video surveillance. It would be odd if he didn’t have a home security system however we’re often surprised at how many people willingly choose to protect the things they value. This, with signage in the front of the property could potentially have eliminated the threat. 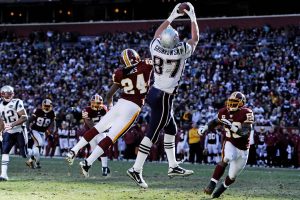 You gotta know your coverage. With video surveillance you need to know what areas are covered and what are your blind spots. Sometimes shrubbery can eliminate lines of sight to cover an area.

Leave the Lights On

Everyone knows he’s going to be gone at the super bowl. But if the house looked occupied they thieves may have thought somebody was house sitting and could have avoided the break in.

The good news is that it’s just “stuff” and that nobody was hurt during the incident. Let’s hope the police catch the bad guys.

Connect With Us Today!

Schedule a FREE consultation today & find out how we can help save you time and money! Contact Us